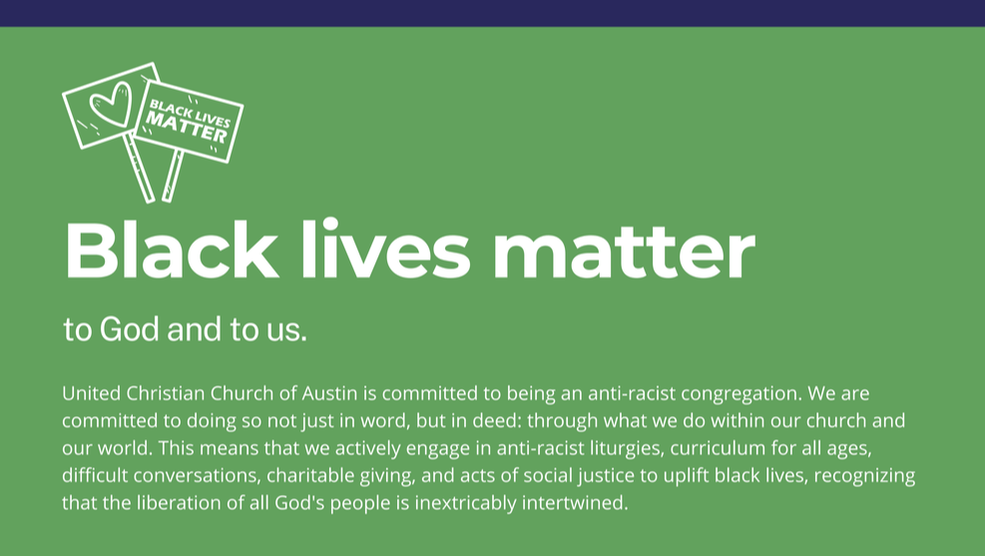 “Open the gates of justice! I will enter and tell the Lord how thankful I am.” Psalm 118:1

In America, the topic of race continues to be difficult to discuss in many social settings. Very few Christian churches are leading bold and courageous conversations, engaging in direct social activism, and participating in civil disobedience as a way to bring attention to and disrupt racist systems and structures.

The Christian Church is the catalyst for addressing historical and contemporary issues regarding the intersections of race and racism that continues to harm communities of color. Our church acknowledges and supports the equality of all humans. In 1993, The Nineteenth General Synod called upon UCC congregations in all its settings to be a true multiracial and multicultural church. [In 1996, the DOC formed its Reconciliation Ministry with the same goals.] Years later the call continues to go forth.

The call to be a multiracial and multicultural church is an acknowledgement that racial justice is the inclusiveness of all humans and never excludes anyone based on skin color, culture or ethnic origin. Our church stands in solidarity with the creation narrative in Genesis 1:26-27, which clearly outlines what matters to God—all of humankind and a just world for all. God created humankind in God’s image and likeness, women and men are image bearers, sharing equal status as human beings. God did not create race, racism, superior groups of humans, and hierarchical and hegemonic social structures. God does not sanction human suffering including America’s involvement in-- In the Hebrew Scriptures the Psalmist tells us “The earth and everything on it belongs to the Lord,” (Psalm 24:1), and the Gospel of John affirms what matters to God when the writer says, “For God so loved the world…” in John 3:16. Therefore we believe that “God is Still Speaking” and those who believe so are called to “Be the Church” creating a “Just World for All”
Written By Velda Love, Minister for Racial Justice for the United Church of Christ

"God has not given us a spirit of fear, but the spirit of power, of courage and resolution, to meet difficulties and dangers; the spirit of love which will carry us through opposition.” 2 Timothy 1:7

Worship at 10am each Sunday In-Person and Online
​Outdoor Worship at 8:30am on 1st Sundays of the Month
​We are proudly affiliated with both the United Church of Christ and the Christian Church (Disciples of Christ).
3500 West Parmer Lane, Austin TX 78727
512-218-8110