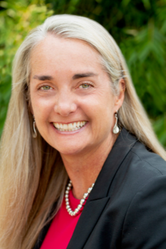 Rev. Dr. Laura Barnes
interim senior pastor
Laura is a trained Interim Minister and has experience assisting congregations with transition and transformation. Laura received her Doctor of Ministry (DMin) from the University of Creation Spirituality (currently Wisdom University of Graduate Studies) in Oakland, CA and her Masters of Divinity (MDiv) from the Pacific School of Religion in Berkeley.

Most recently Laura as been serving an urban church in her hometown of Dallas as the Interim Minister for Mission and Evangelism. Before returning to Texas,  Laura served in the Northern California Nevada Conference (NCNC) of the United Church of Christ (UCC) for 14 years. She has led both the Congregational Church of San Mateo and the Danville Congregational Church as the educational Minister for Children, Youth and Families. She has centered her ministry on youth, young adults, and education, as well as social justice and mission work.

She is the mother of two grown children and a grandmother of 2 humans and 4 fur babies. 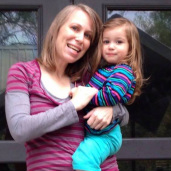 Rev. Nikki Williams Stahl, LMSW
executive minister
Nikki is a graduate of the University of Texas at Austin and Austin Presbyterian Theological Seminary. She is ordained in the United Church of Christ and is a licensed social worker. Her passion is building relationships and empowering others to live out their call as disciples of Christ. She enjoys facilitating adult/youth small discussion groups. Nikki spends most of her spare time, along with her husband (Ian), caring for her three daughters (Marian, Emmalee and Cora). 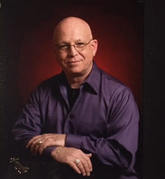 Rev. Carl Schwartz-King
licensed minister of congregational care
Carl Schwartz-King is licensed by the Heart of Texas Association of the United Church of Christ and commissioned by the Blue Bonnet Area of the Christian Church (Disciples of Christ).  He attended Galveston Community College and the University of Texas at Arlington.  Carl retired in 2016 after 25 years in nursing management and education.  He attended Austin Presbyterian Theological Seminary in the Certificate in Ministry (CiM) program.  Carl and his husband made their home in Austin in 1989 and became members of United Christian Church of Austin in 2010.  Carl and John love to travel and are both active in the ministries of the church.  Carl wants to focus his faith path in congregational care and visitation. 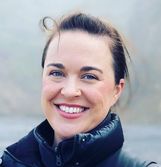 Rev. Anna Kreisle Humble
Minister of Music
​​Anna is a fifth-generation native Austinite living in Northwest Hills with her husband, her two human children, and her two canine children.  She graduated from Washington University in Saint Louis in 2006 with a degree in music with a concentration in voice performance. She went on from there to Harvard University where she earned a Master of Divinity in 2009. Anna has served as an Associate Pastor at Central Congregational Church (UCC) in Dallas and in judicatory ministry at the Association and Conference level for the United Church of Christ. Anna returned to her musical roots when United Christian Church, her home church, needed someone to step in to "temporarily" lead the choir. It was then that she fell in love with music ministry and has stayed ever since. 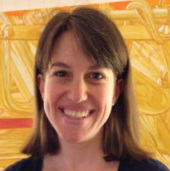 Emily Jamison Guerrero
children's ministry coordinator
While in college, Emily worked at Shepherd of the Hills Christian Church in Austin and participated in a Summer Internship at First Christian Church, San Marcos.  In 2000, after graduating with a BA in Philosophy from The University of Texas at Austin, she worked at Meals on Wheels and More as the coordinator for Handy Wheels - the home safety repair program.  From 2002 to 2006 she served first as the Youth Director and then the Director of Children's and Family Ministries at First Presbyterian Church in Austin.  In 2006, she began teaching music at Gattis Elementary School in Round Rock while finishing graduate school.  In 2007, she earned her Master of Education from Concordia University at Austin and continued teaching music and art (and Kindergarten for one year) at Double File Trail Elementary School in Round Rock.

I am thrilled to be continuing on as the Children's Ministries Coordinator at United Christian Church.  I think it will be a wonderful fit for our family and I hope an equally good fit for the church.  It is a privilege to be able to work with young children and their families and I am so grateful for this opportunity. 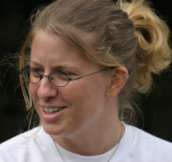 Meghan Trout
youth ministry coordinator
​Meghan is a graduate of Baylor University with a BA in Radio, Television, and Film.  After many years working in video production and television news, she took a break from paid work to work full time as a mom to her two boys, Gabriel and Kai.  After volunteering with the youth group at United Christian Church for several years, she felt called to do more and step into a leadership role.  Her desire is to make sure all youth know they are welcome and loved here at UCC, and that they share that love and respect for others in their daily life.  Meghan and her husband, Tony, are big time board game geeks, and can often be found checking out the latest games. 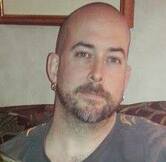 Bob Fuller
clerical support specialist
Bob graduated from Grand Canyon University in 2012 with Bachelors in History.  After a successful career in the automotive and retail industries as a store manager and trainer, Bob became a stay at home parent for his family in 2013.  Bob and his family found UCC in February of 2016. He fills his days with caring for his 4 children, dog and wife, Melissa. ​
​
3500 West Parmer Lane, Austin, TX 78727
512.218.8110